I’m proud of our team! We have been absolutely swamped and with the rapid growth and change, one of the challenges that I have faced has been to let go of control and just TRUST! An example of this is the project we recently completed for Taylor County Taphouse. I hadn’t filmed a restaurant commercial in a good while and was really looking forward to making it look great and trying some things that I’ve always wanted to try. 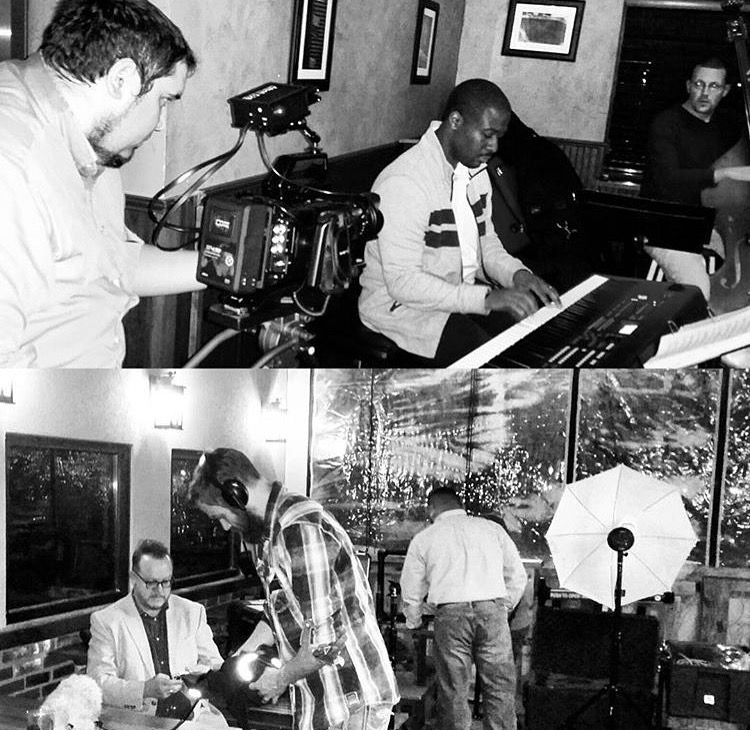 Unfortunately, the night that we were scheduled to go to the Taphouse we were extremely busy and I needed to be at 3 other shoots in a two-day span. In fact, Allen and I were in Fort Worth all day for another video project and we rolled into town right when it was time to load up and head to the Taphouse. Other than getting a few drone shots before the sun went down, we decided that adding the Taphouse shoot to my schedule wasn’t conducive to my sanity. So…while I was completely bummed that I didn’t get to go, I TRUSTED my team!

Albert. Allen. Brandon. James. Stetson. THEY KILLED IT! They did an amazing job of getting the shots they needed in a timely manner. That was important because Josh Robinson (the Taphouse owner), was scared his building would melt since they had to turn the lights up a little higher than he was comfortable with. After they finished I called a few of them to ask how it went and each one of them said it was fun and awesome to watch the whole team work together. I could just imagine James and Allen setting up the shots they wanted while Albert was making sure that everything was properly lit and Stetson and Brandon handling the crowd and providing extra hands for whatever else was needed. You could tell from the way they sounded on the phone that they absolutely love their jobs and that they were proud to be a part of this team. I was proud too! I knew they represented {+} Pink Goose Media very well that night…and they did it without me! It was a cool feeling.

A few days later James and I got to shoot all of the closeup food and beer shots with his new slow motion camera! It is unbelievable! We had a lot of fun slinging food around to make it come to life! We basically just did a lot of playing and experimenting. Albert and James also got to go back a few days later when the owner decided he wanted to feature one of his secret menu items, the Philly Cheesesteak.

From Brandon and Stetson doing the pre-production meeting…to Stetson’s awesome script ideas…to the cinematography by Allen, James, Albert and myself…to the rough edit by James…graphics, pacing and transitions by myself…and the color correction by Albert…this was truly a collaborative effort and something that the team at {+} Pink Goose Media is proud of! 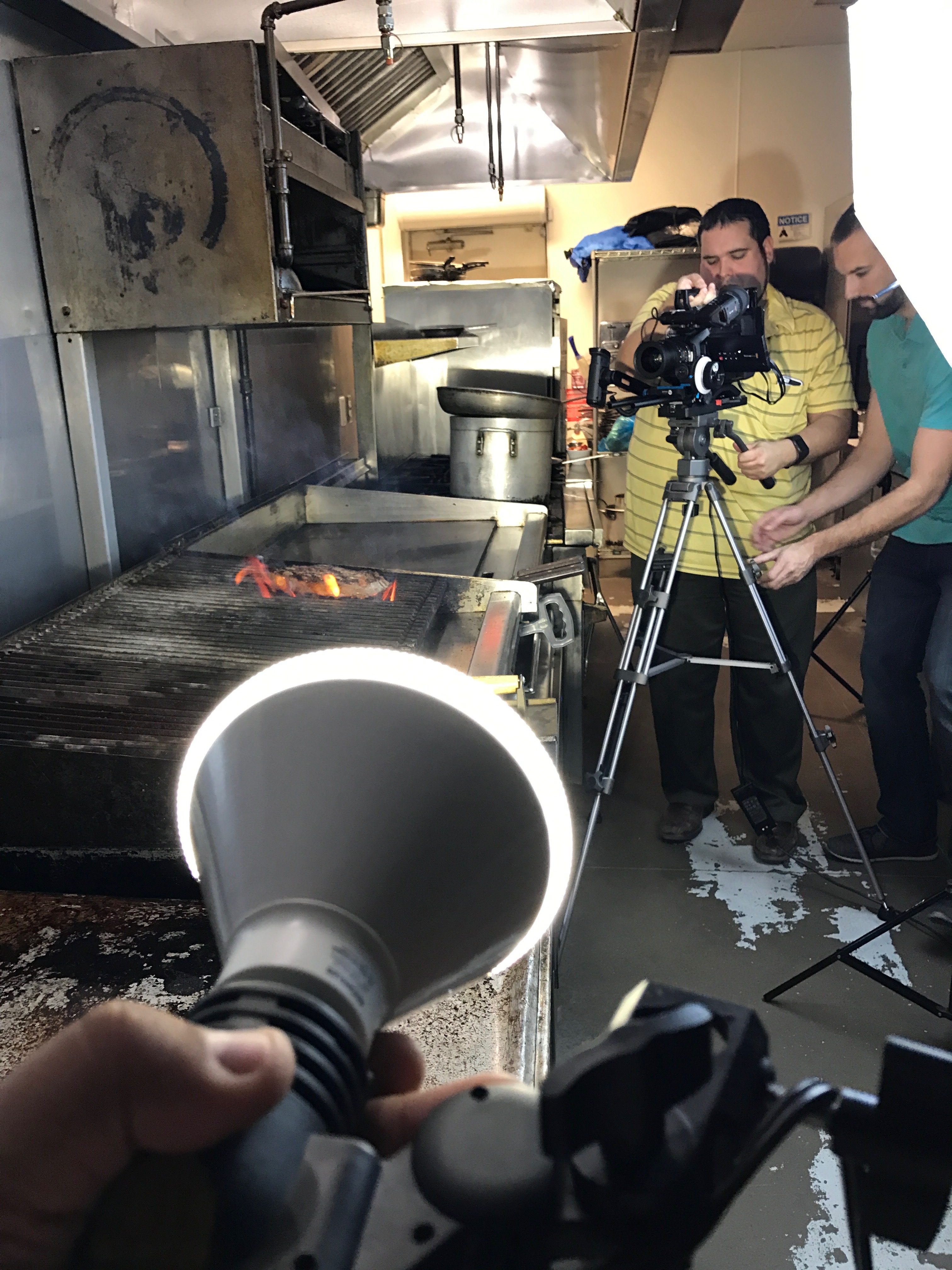 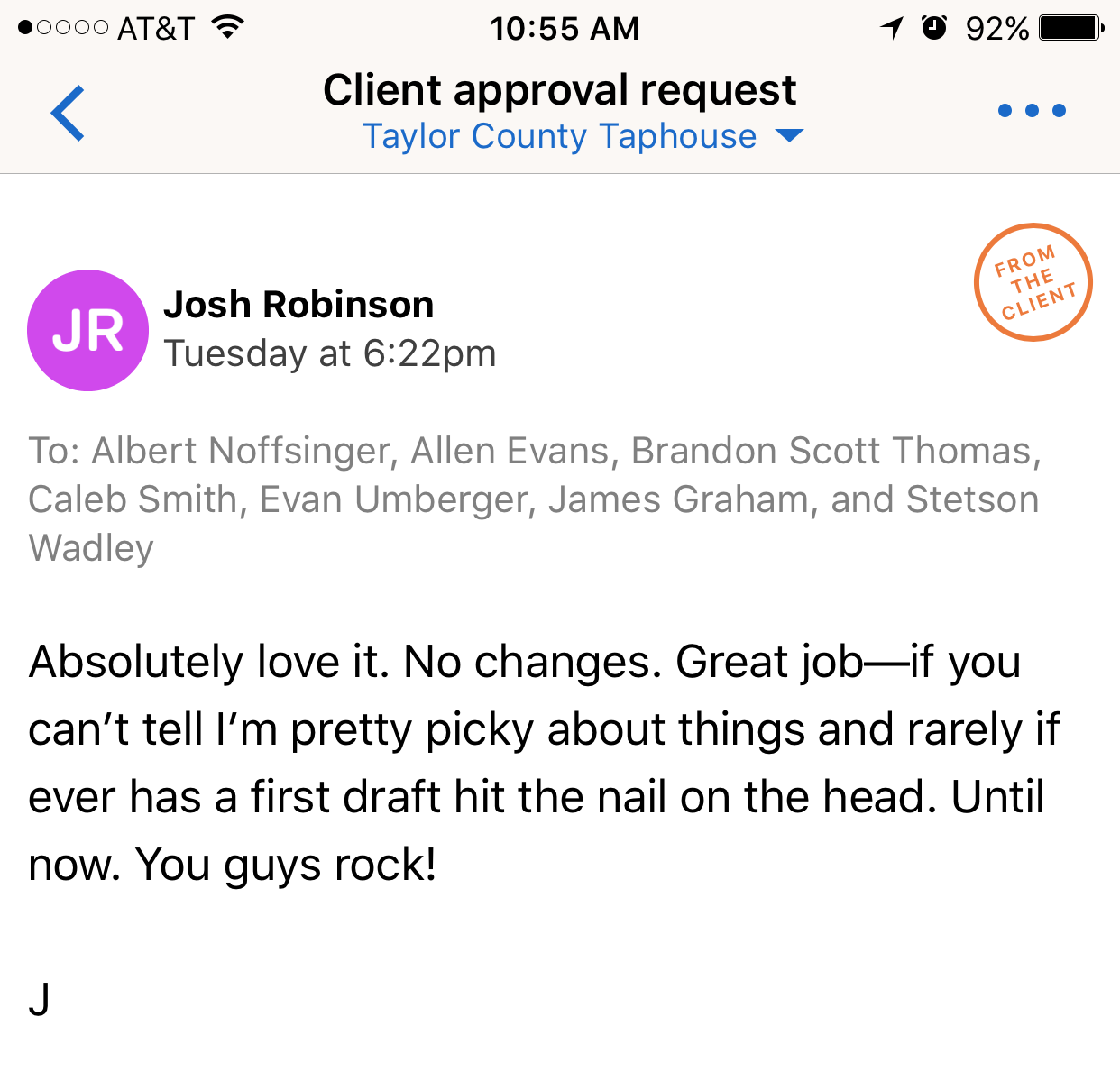